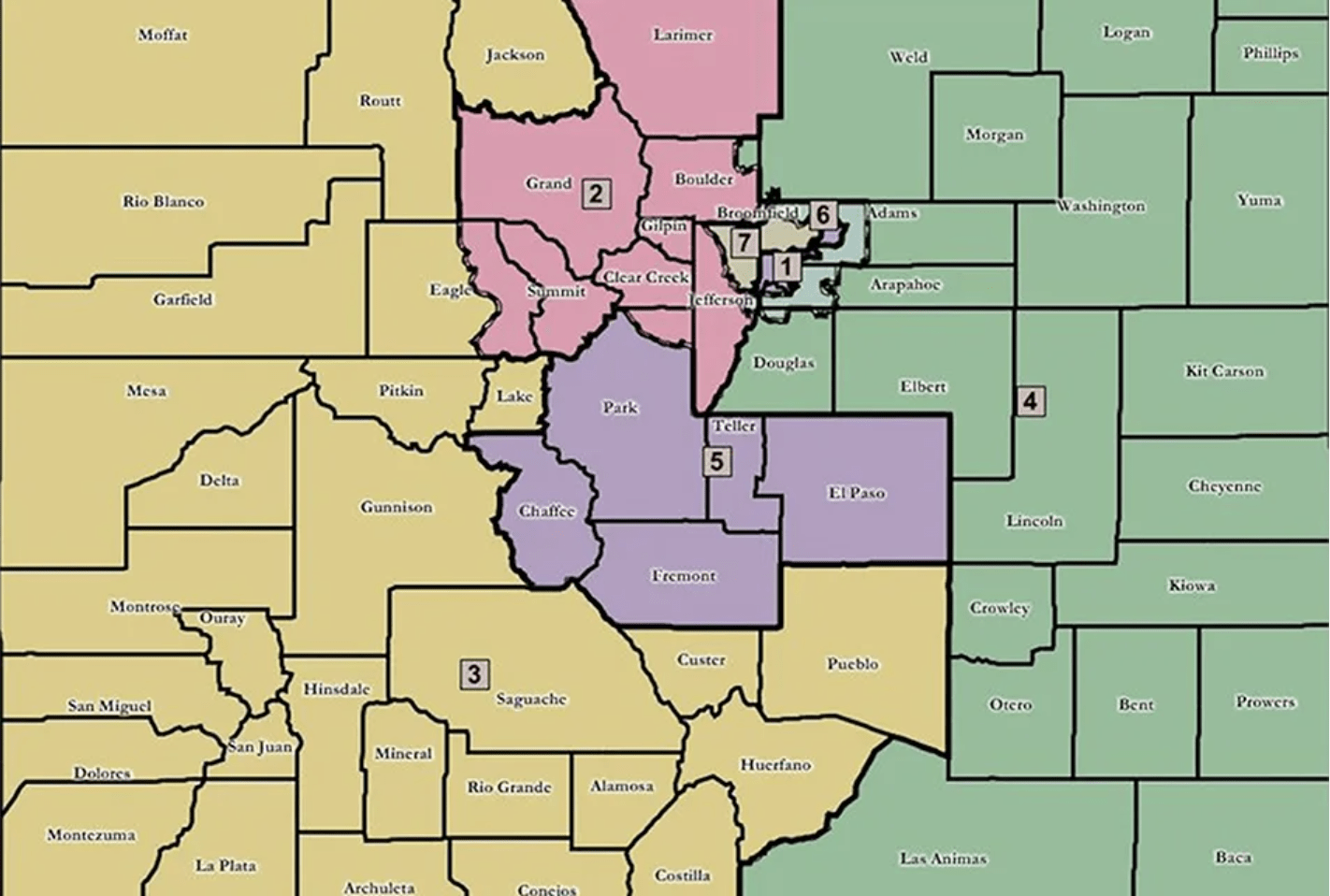 In response to the new census numbers, public officials have to redraw the maps for every legislative body—from the U.S. Congressional districts to county commissions. The updates are intended to ensure equal representation for all residents.

This time, advocates say, the public has become more interested in the districting process than at any time in recent memory.

The shapes of new legislative districts can give certain politicians—or entire parties—an edge in upcoming elections, an advantage that usually lasts 10 years until the next census.

In Colorado two commissions are the first of their kind to oversee the once-a-decade redistricting process in Colorado following voter approval of anti-gerrymandering measures Amendments Y and Z in 2018.

On October 12, the Colorado Supreme Court heard arguments on the US Congressional map. After the 2020 census it was determined that Colorado qualified for an eighth Congressional Representative, resulting in changes in the existing seven districts.

When the congressional commission submitted their adopted map to the court, several Hispanic and Latino advocacy organizations, along with other civic and Democratic groups, called on the court to remand the map back to the commissioners over an unconstitutional dilution of minority voters in specific parts of the state. Challengers identified problems with the adopted plan’s 3rd, 4th and 7th Congressional Districts.

The map was drawn using Census data that shows Colorado is growing, increasingly urban and diversifying.

Colorado’s newest congressional district, covering the north Denver suburbs, would be its most competitive under a map approved by the state’s independent redistricting commission, though Democrats may have a slight advantage in that district.

Five groups raised legal objections on the state’s Senate and House maps. Most challenges focused on regions that were divided in the legislative maps. At least half of the objections are that the commissions tasked with drawing the maps did not create competitive enough districts. The challenges again draw attention to watering down the power of Latino voters.

The new state legislative maps appear likely to preserve the solid statehouse majorities currently held by the Democratic Party. Based on voting data compiled by state staff from several recent statewide elections, the maps would favor Democrats in 42 of 65 new House Districts and 22 of 35 Senate seats.

Once the court hears oral arguments for and against the maps on October 25, it will have until November 15 to issue an opinion. If the court rejects a map, it will be sent back to the legislative commission with instructions for changes