Who We Are: Chelsea Braden 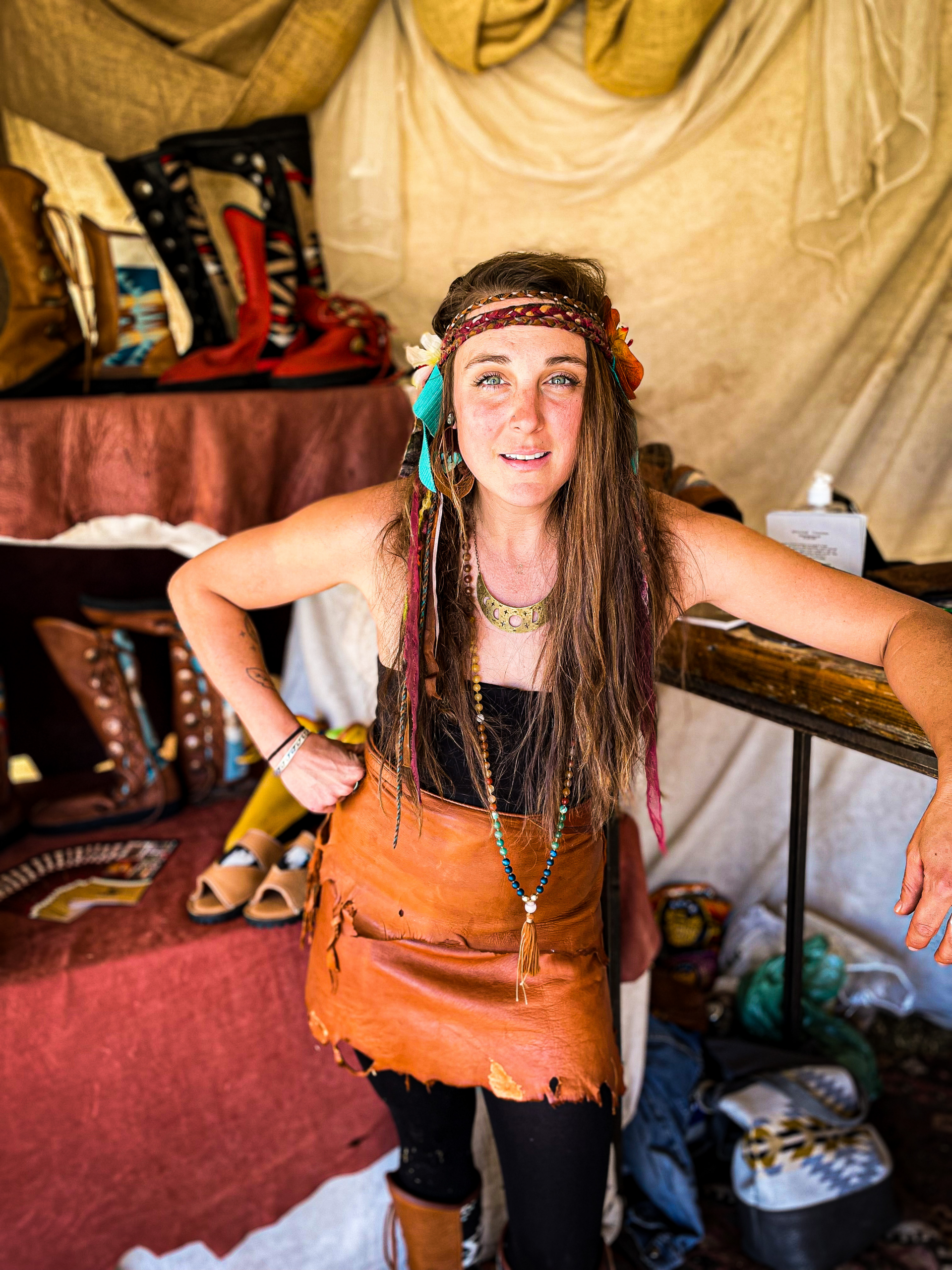 At 18, Chelsea Braden moved to Mexico to help open a restaurant with the Mexican sushi chef she’d been working with at a Fort Collins sushi bar. For her first three weeks in Mexico, she lived with the chef’s family in a small town that seemed left behind by the modern world. His family made tortillas, a neighboring family grew maize, another had cows. In the age-old manner of communal life, everyone contributed, traded, and helped each other. They were mystified by the idea of a teenage girl living so far from her family and home. “It was my first look at that kind of lifestyle,” Chelsea remembers. “It was the first time I realized what a farce ‘independence’ is. On this planet everyone depends on everyone else. Everything depends on everything else.”

Chelsea’s experience in Mexico shifted her priorities and her view of what is possible—and essential—beyond the standard American dream. Now 30, she lives in Crestone/Baca with her young son Tillian and is actively pursuing her own passionate dream: to establish a multi-use maker space that would also serve as a center for community gathering and alternative learning, especially for young people and teens. In preparation she is adding things like business planning to her already diverse skills of welding, leatherwork, blacksmithing, silversmithing, jewelry making, networking, organizing, barista, and non-alcoholic elixir expertise.

Her goal is to offer modes of creative exploration and self-expression aside from what is available in public schools. “The education system failed me. I had to find other ways to learn, and I want to give other people options,” she says, sitting at a wooden table, with forged iron legs, that Tillian’s father Ivan Lakish built. As she sips an iced yerba maté/ginger drink left from her elixir bar at a recent event, her blue-green eyes reflect the sincerity and depth of her dream.

Growing up in Fort Collins, Chelsea was a high-energy, motivated child who needed to be engaged to learn. She couldn’t pay attention to the words of a teacher standing far away and not even looking at her. Fortunately, her parents recognized this and enrolled her in an elementary school with small classes and a hands-on approach. Junior high in a regular school was a struggle, but in high school she was directed toward making things—ceramics, then silver and copper jewelry. Beginning as a senior she studied metal design and welding for five years at Front Range Community College and continued to make jewelry on her own.

When not at school she spent much of her time at coffee shops, learning the barista trade and delighting in the camaraderie and creative energy. While working at a sushi bar, she practiced her high school Spanish with the kitchen staff and joked with the Mexican chef about helping him open a restaurant back home. He took her up on it. For a year she managed his restaurant in Queretaro and cooked all the non-sushi dishes. It was hard work and she learned an enormous amount.

Back in Fort Collins, Chelsea applied twice for a welding job in Antarctica after hearing a friend’s tales of working at the South Pole. “I just really had the gypsy bug. I wanted to have weird, incredible experiences all over the world,” she says. Without enough welding background, she was offered a janitorial position instead, which she declined. She bought an RV and lived in it with a boyfriend while working in an apprenticeship program at the National Center for Craftsmanship in Fort Collins, learning building and contracting skills. When it was time to leave her boyfriend, she looked up live/work opportunities through Workaway. She found Jodi Tucker in Crestone and parked her RV on Jodi’s land in exchange for assistance around the property.

Following her stint at Jodi’s, Chelsea worked as a barista at Cloud Station and later a server at the Brewery; she lived for a time on Grandpa Greg’s homestead west of town and assisted him; she went back and forth between Crestone and Fort Collins. All the while she also worked for Mary and Tim W i n d w a l k e r, owners of EarthDancer School of Shoemaking, whom she describes as her “Crestone family.” She learned leatherworking and eventually established her own business, Forged and Sewn, while continuing to design and produce soft leather shoes and boots for the Windwalkers. She taught herself elixir making and took permaculture, food forest, and climate battery courses. And she met Ivan, who on their first date made her a steel rose at his forge in his mother Matie Belle Lakish’s yard. Tillian was born three years ago.

Currently Chelsea is focused on her businesses, Forged and Sewn and a mobile elixir bar, and doing social media outreach for the Crestone Energy Exchange, which hosts the Crestone Energy Fair, community firewood program, and other local initiatives. She is familiarizing herself with ScSEED (Saguache County Sustainable Environment & Economic Development) and other non-profits that help visions get off the ground. And she’s taking an online course in business planning—all foundational steps toward putting her ideas on paper and obtaining loans, grants, and other funding to allow them to happen.

This is what the fullness of her dream looks like: a membership-format maker space with equipment and tools for designing and creating in leather, ceramics, fabrics, metal, paint, and other mediums. A music library with a range of instruments to learn and use. A place for workshops and mentorships in art and crafts but also permaculture, herbology, and life skills. She hopes to engage other dynamic, creative local women— her “goddess gang” friends—as workshop leaders. Eventually she would love to offer summer camp and artists in residence.

Along with all this, the space would serve as a coffee shop and elixir bar, a “safe, cool place to hang out,” Chelsea says. Within five years she hopes to have funding sources and a physical location pinned down. “My entire life has been building up to this,” she says. Smiling, she adds that with her last birthday she hit her “big Saturn return. And now all these things are starting to come into physical form. It feels really good.”