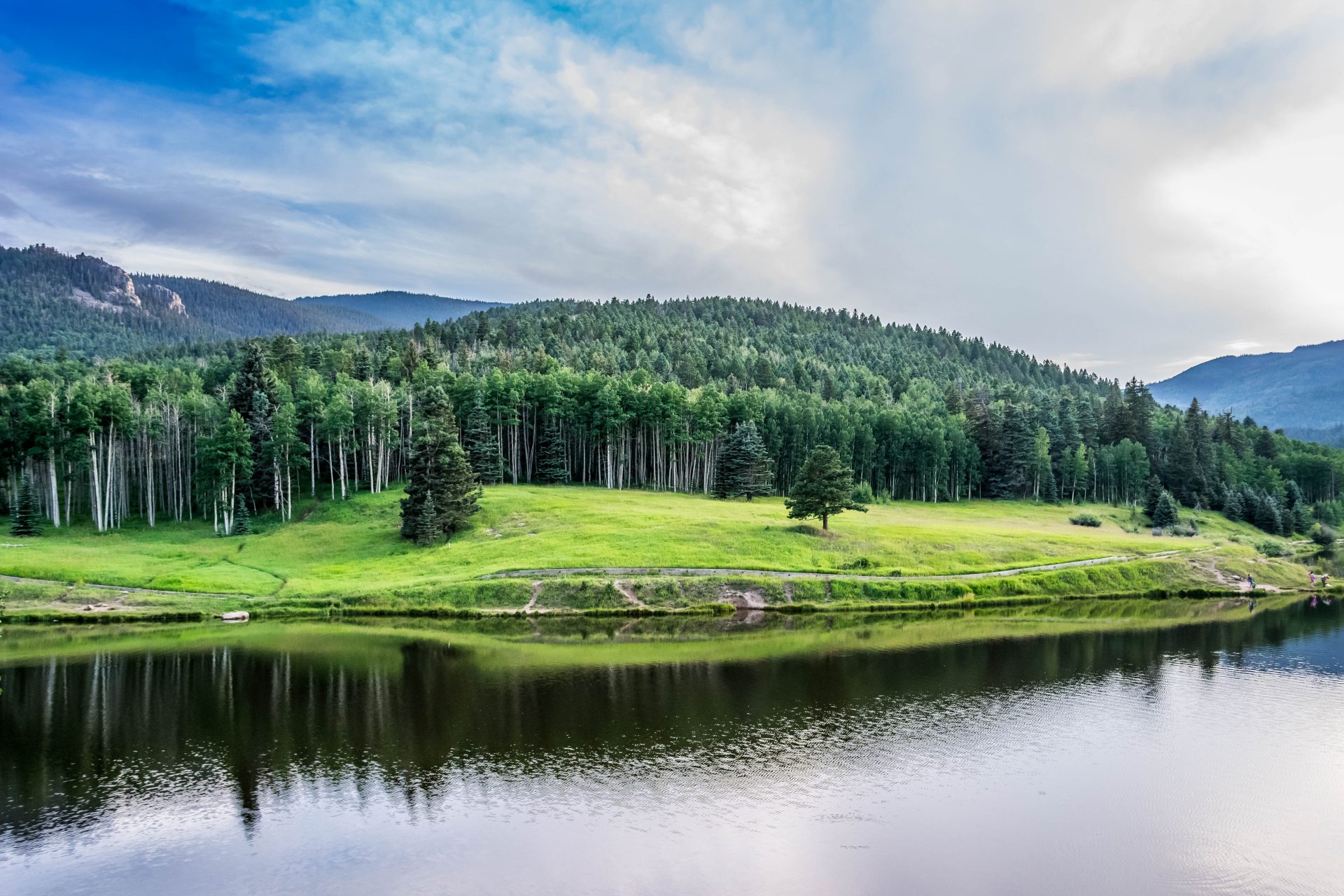 Lake Mead has dropped to its lowest level since 1937, when the reservoir first filled behind the newly completed Hoover Dam. Since 2000, nearly two decades of dry conditions have depleted the Colorado River—a main source of water to Lake Mead—prompting the US Bureau of Reclamation to declare the first-ever water shortage for users along the river on August 16, 2021.

The declaration enforces cutbacks to water allocations to Western states that will begin in the next several months.

Lower basin states Arizona, Nevada, California, and Mexico all rely on fresh water from Lake Mead. Arizona will see an 18% reduction of its total Colorado River Supply and Nevada will lose about 7%. The government will also reduce Mexico’s annual allotment of water from the river by 5%.

While not included in the immediate cuts, Colorado Upper Basin states—Colorado, Wyoming, Utah and New Mexico—also face reductions. Under the Colorado River Compact, the Bureau of Reclamation is obligated to release 8.23 million acre-feet from Lake Powell annually into the river. The Upper Basin states get much of their water form snowpack, which has declined in recent years due to warmer temperatures.

Both Lake Mead and Lake Powell, the largest by capacity in the US, are at about one-third capacity. The ultimate problem: there are more water rights on paper than there is water in the river. Added to that is impacts from evaporation loss from Lakes Mead and Powell; and climate change.

Circumscribed in a body of law and policy known as the Law of the River—established almost 100 years ago, the math is complex and often unfathomable, establishing water deliveries across seven states and Mexico. New math, changing deliveries will be on the table starting this fall, when representatives of the basin states begin renegotiating interim agreements that have governed and aligned the operation of Mead and Powell since 2007. Those agreements expire at the end of 2025.

A 2020 study by U.S. Geological Survey scientists found that the Colorado River’s flow has declined by about 20% throughout the past century with more than half of the decline attributed to warming temperatures.

Most of the Western US is currently experiencing a historic multi-year drought.

The Intergovernmental Panel on Climate Change (IPCC) report released last week warned that droughts are growing more frequent and more intense as the planet warms. The authors say that since 1970, global surface temperatures have risen faster than in any other 50-year period over the past 2,000 years.

Droughts that typically would occur ever 10 years now happen with 70% more frequency, the report’s authors found. The landmark study warns of increasingly extreme heatwaves, droughts and flooding, and a key temperature limit being broken in just over a decade.

Not all droughts are due to climate change, but excess heat in the atmosphere is drawing more moisture out of the earth and making droughts worse. Precipitation that does fall has evaporated in record heat, or been absorbed into parched earth that does not allow moisture to pass through into reservoirs or groundwater supplies as it has in the past.

In Colorado, the rising temperature is forcing a reckoning. Water officials and experts who keep careful tabs on lake and river levels from the Rocky Mountains to Baja California say they expect further cuts unless the heavens open up once again.

Brad Udall, senior water and climate scientist at Colorado State University in a press conference, reports that the decline in Lake Mead is “very significant.”

“It’s something that those of us in the climate community have been worried about for over a decade, based on declining flows due to climate change,” he said.

The basin is drying out as the planet warms. Udall and colleagues estimate that continued high temperatures could cut the river’s flow by 20% by 2050. And that is a conservative estimate, they warn. This year was an example of what that future might look like. A warm, dry spring and parched soils gobbled snowmelt before it reached rivers and reservoirs. Runoff into Powell was the second-lowest on record.

Udall points out, “Something else is going on here [in the American West]. This is not a drought.” He clarifies the difference between aridification and drought. Drought is a temporary phenomena. What is happening in the case of the Colorado River is not temporary. Aridification is a long-term warming and drying.