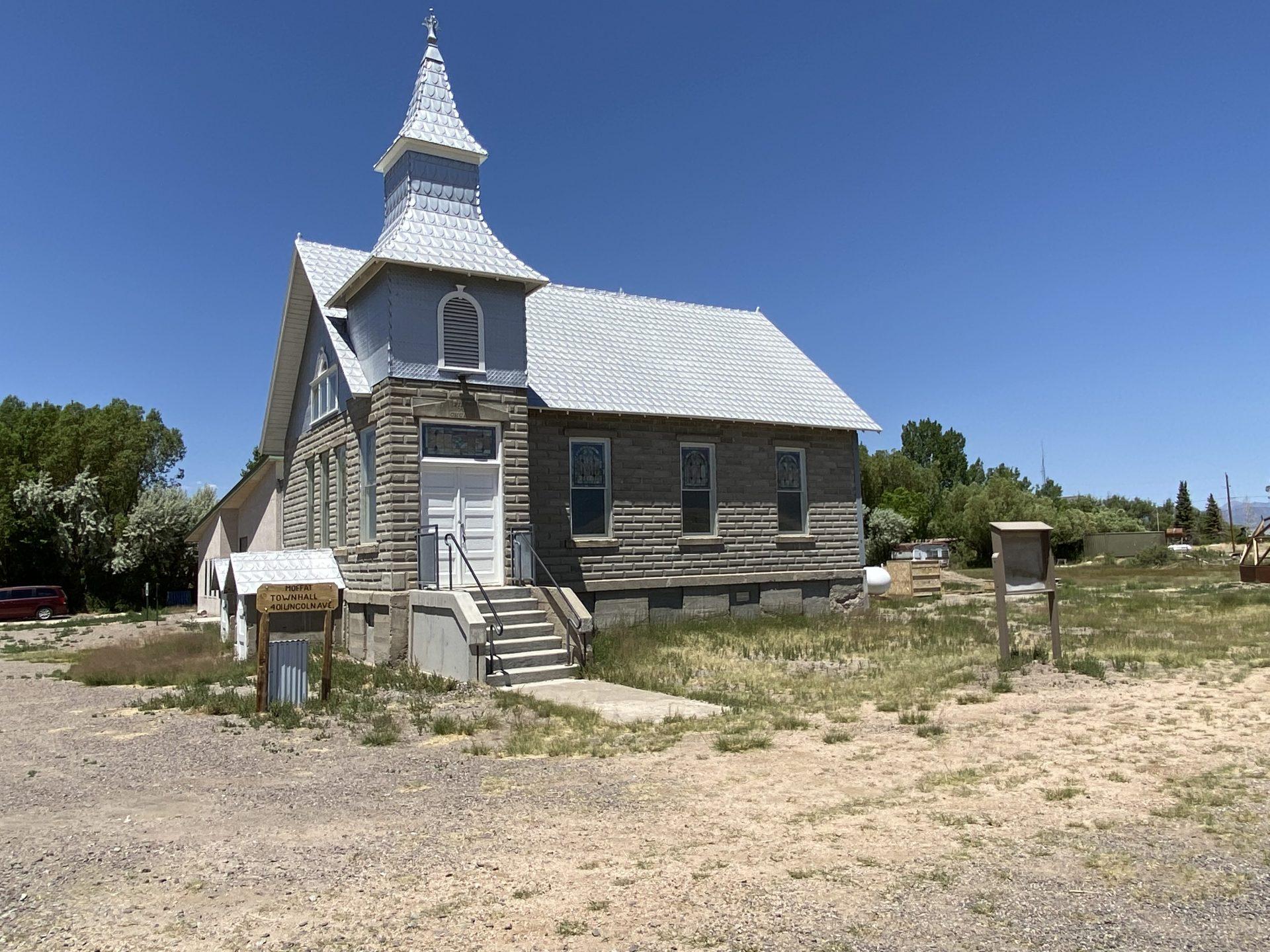 Last month, Moffat made national headlines when a marijuana entrepreneur proposed changing the name of the town to “Kush,” a nickname for a strain of weed originally from Afghanistan.

Mike Biggio, one of the proprietors of the wholesale marijuana grow company Area 420, is the lead proponent of the name change. Biggio convinced the town board to meet June 7 to discuss the idea, which attracted national media attention and also fired up many locals.

“Marijuana-fueled town considers new name: Kush,” announced the Washington Post. National Public Radio went with “Colorado town wants to change its name to Kush,” which is misleading, as many in the town oppose the name change.

“I feel it should stay,” explained longtime resident Amy Freel about keeping the town’s name as Moffat. “It’s my roots, my history. You don’t want to lose all of that. I don’t begrudge [Area] 420 for moving in and making a living, but they moved into my community, our community. They can change their name to Kush.”

“I’m not opposed to marijuana,” clarified Freel, adding that when she underwent treatment for cancer, medical marijuana helped her with nausea and pain.

Several residents interviewed said they are not against anyone growing or using marijuana, but recoil at the idea of rebranding the town and changing its name, which it has had since 1911, in honor of railroad pioneer David Moffat.

One longtime resident who requested not to be named in this article said that the name change proponents “seem to be very arrogant and disrespectful of the longtime residents and their opinions . . . Moffat is a ‘live and let live’ town. We opened up to let them come in, and now they want to take over.”

The same individual added that many Moffat residents would like to work with Area 420 proprietors to “build bridges and have us all come together and do good things for the town.”

Yet according to Biggio, changing Moffat’s name is appropriate, as this part of Saguache County “is very similar to the Kush region of Afghanistan—same kind of vegetation, same elevation, same day and night temperatures.”

“I hear them,” said Biggio about Moffat residents who oppose changing the town’s name. “I respect their position, and I disagree. Things change. I also don’t understand the heritage we are protecting. As soon as the town was named after [David Moffat], the town really hasn’t done much since. The railroad is no longer here. I don’t see the history we are trying to preserve . . . I’m not trying to be disrespectful to the heritage. We’ve earned our right to stake our claim here.”

The town being named Moffat is also “extremely confusing,” Biggio maintains, since there is also a Moffat County in the northwest corner of the state.

Moffat Mayor Cassandra Foxx is a supporter of the possible new designation, saying, “I’m excited about it. It would be a new era for Moffat, a rebirth,” and notes that name change would “pay a little bit of respect for a new industry that is keeping the town alive and providing for a future. I think that tradition and heritage are something that evolves over time. Nobody currently has the same traditions that we had 100 years ago. Why hold onto that feeling? Everything changes and evolves.”

Foxx said that last year the marijuana industry provided Moffat with $103,000 in excise tax revenue, and is projected to bring $120,000 in revenue this year. When asked how the town might use those funds, Foxx said the town is constrained by state regulations on how to expend the money, noting, “We’re trying to make it a better and brighter place.”

Area 420 and the two retail marijuana shops in Moffat have brought “in excess of $1 million” to tax coffers, and drawn between 150-200 new residents to the area, according to Biggio who founded Area 420 in 2018.

Former Moffat mayor Patricia Reigel has a different view: “They have no regard for the citizens of our town or the neighboring vicinity or for our school children. They do not realize that changing the name not only effects many living outside of town, [but also] Lazy KV Estates, Casita Park. From Road G to Road GG, from County Road 53 to the Sangre de Cristos, it’s not just the town of Moffat that will be affected. How would people in Crestone feel if a 420 grow operation moved up there, and they wanted to change Crestone’s name?”

Geographically, any name change will affect the entire Moffat zip code, an area that encompasses 329.49 square miles—more than twice the size of Denver.

Former Moffat resident and current property owner Nancy Garrett said, “Moffat has bigger issues than changing the town name. Moffat doesn’t even have a water or sewer system. They still have old business to take care of.”

If the town does change its name to Kush, will the slang term even mean anything to future generations? In the 1920s and 1930s marijuana was called “Mary Weaver,” “Mary Warner,” “Mary Jane,” and “Muggle.” In the 1970s poor quality weed was called “Nixon.” According to the Drug Enforcement Agency publication Drug Slang Code Words, there are over 100 slang terms for weed that have arisen over the last century.

In 1950, Hot Springs, New Mexico changed its name to Truth or Consequences, in a nod to a popular radio (and later TV) show. Those programs ceased production by 1957. Today, most locals there simply call the town “T or C.”

Yet cities can and do change names. Aspen was once Ute City, Colorado Springs was Colorado City, Telluride was Columbia, and in California, San Francisco (and perhaps fitting for this article) was originally Yerba Buena, Spanish for “good herb.”

The Crestone Eagle has reached out to Town of Moffat attorney Seth Walker and Colorado Attorney General Phil Weiser for guidance on the requirements for any town to change its name.