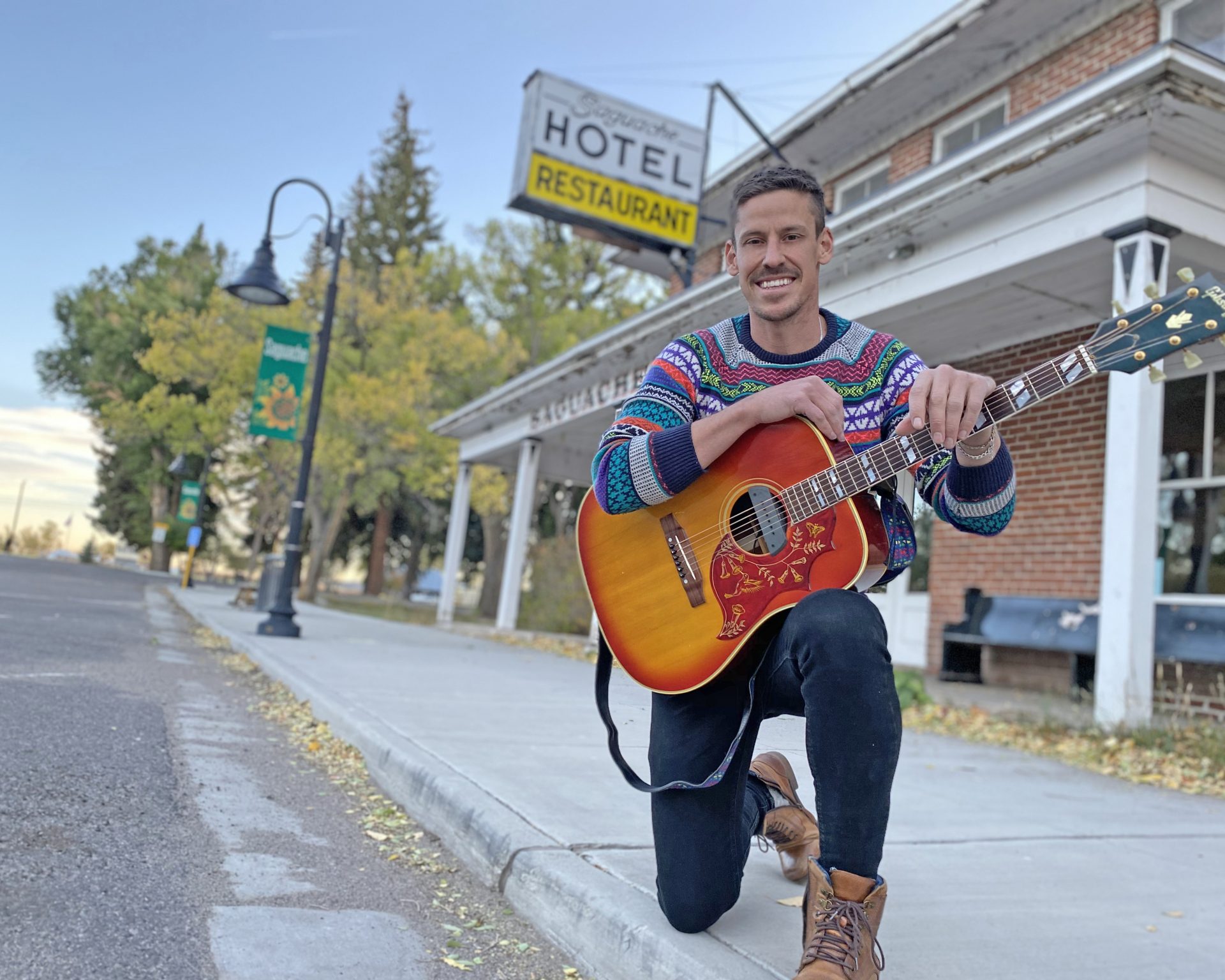 Talking about economic development in Saguache County brings up wide-ranging opinions about what is most important in an area that has now been “discovered” by more people along the Front Range and beyond.

From a lack of affordable housing and high-paying jobs to a dearth of commercial buildings and entrepreneurial support, the list of reasons is long regarding why the county has remained relatively quiet and isolated, public officials and business leaders said.

But population growth, especially in Crestone and the Baca in the last few years, is concerning to many long-time residents, so it’s important that future development protects what residents love about living here, said Theo Boudreaux, general manager at Joyful Journey Hot Springs Spa and board president of the Saguache County Tourism Council.

“How do we promote our uniqueness, while balancing sustainability and leaving no trace?” Boudreaux asked. “We need people here – there are many businesses that thrive on tourism. How do we keep business owners thriving, but be safe in how we bring people here?”

He said when he started working at Joyful Journey in 2014, they had 14 employees. Now they have 45.

“We hear things about what’s happening in Breckenridge and the I-70 corridor – that the area is too busy now,” Boudreaux said. “We’re beginning to have the [Highway] 285 corridor. That’s why we have to be careful with tourism and growth – not to let it surprise us.”

While Boudreaux concedes there are no easy solutions, one thing he thinks would be helpful is to have more coordination among the towns of Crestone, Center and Saguache in promoting and supporting local businesses. He suggested that business owners join the Saguache Chamber or the Tourism Council for more help.

“Business owners would benefit by getting more involved with other businesses within our county to discuss challenges and opportunities to support each other,” he said.

What to do about affordable housing?

Saguache County Commission Chairman Tom McCracken said “economic development is an issue in and of itself. For one thing, we don’t have housing. You need to have housing first before you can bring in workers.”

McCracken said the County is working on two affordable housing projects that should provide some elief in the not-too distant future.

“In Crestone we have a contract on just under 5 acres,” he said. “It is referred to as Tract 5, just across the street and southeast of the Charter School on Hemlock. The Housing Needs Assessment called for at least five to 10 units in Crestone, in addition to Living Wisdom Village’s 20 planned units.”

The County is waiting on approval on the Planned Unit Development (PUD) from the town of Crestone before they close on the property.

The other project is in Saguache, where the county purchased a city block north of Denver Avenue and west of 2nd Street. The County is waiting on an environmental assessment of the block, looking for potential contaminants from a historical gas station across Highway 285 from the property. That project calls for 24 units, three of which may be available for sale rather than rentals, he said.

McCracken said the county’s isolation is another factor hampering growth, not only because of supply chain issues, but because many people like to live in cities where there’s more to do.

“There are people who want to live remotely, but a lot of them have their own gigs. There are plenty of homes going up in the Baca, but I don’t know if those people need jobs,” he said. “It’s kind of a catch-22. There are also businesses who need employees, but people aren’t available.”

Outgoing Saguache County Commissioner Tim Lovato agreed that many jobs are going unfilled, noting that a couple of restaurants in Saguache can be open only a few days a week because of staffing issues.

But Saguache County also needs affordable childcare, Lovato said, “otherwise, you can’t get people out into the workplace.”

Fortunately, the County is looking into ways to provide lower-cost childcare, thanks to “unexpected funding” from a federal class-action lawsuit over the calculation of Payments In-Lieu of Taxes (PILT) that underfunded counties across the country, he said. The settlement meant an extra $1.9 million in Saguache County coffers this year, and will mean another $1.9 million next
year.

The federal government pays PILT to local governments for federal land within their boundaries that aren’t subject to property taxes. The PILT money is meant to help those governments provide services, such as police and firefighting, to federal land. In 2017, Kane County, Utah, sued the government for underpaying PILT funding, which is based on a statutory formula. From 2015 to 2017, the Department of the Interior based PILT funding on Congressional appropriation instead of the PILT formula, resulting in lower payments to local governments. Kane County won the suit, which the court certified as a class-action lawsuit.

Lovato, who was watering his cattle while talking with the Eagle, said the County should also help fund specialized training for workers, such as getting a Commercial Driver’s License (CDL) or technology training.

“I know there’s talk about solar power and other future industries here, but I’m talking about now,” he said. “If people don’t want to stay here now, what’s going to bring them back in five years?”

Although it can be difficult to acquire funding to start a business, the San Luis Valley Development Resources Group (DRG) & Council of Governments in Alamosa has money available to loan prospective business owners, said Commissioner McCracken, who is on the executive board of the DRG.

“If someone doesn’t qualify for a conventional bank loan, there are different funding sources that allow DRG to loan money to business start-ups,” he said, adding that the only reason they haven’t been making loans recently is because they’re short-staffed.

Andy Hackbarth, a musician who recently bought the Saguache Hotel in Saguache, said because communities in the San Luis Valley are considered underserved and “at risk,” there is also money available at the state level to help entrepreneurs.

“I’ve gotten four grants from the state historic fund to help renovate the hotel,” Hackman said. “I’ve gotten energy-efficiency funding and an Xcel rebate that helped take a bite out of my costs for appliances.”

What was most difficult for him was finding information about what type of grants he might be eligible for and how to apply for them. “It’s hard to know about these resources because there’s not really a central database for information. And that is the big struggle,” said Hackbarth, who is a member of the Saguache County Tourism Council.

“Coming out of this next recession, I see the San Luis Valley really flourishing in the next couple of years,” Hackbarth said. “There’s eco-tourism and branding the Valley as the center of that. We have Dark Skies, quinoa factories, organic farming, and some of the best hot springs in the country. That niche is really important to us. It’s a different kind of Colorado than Vail or Breckenridge.”

“If we don’t tell our story, others will.”

For incoming District 3 County Commissioner Liza Marron, economic development should provide opportunities for the people of Saguache County, “while protecting our home and mother Earth.”

Marron helped create ScSEED to help local businesses and has worked there for 20 years. She recently resigned as the chair of the organization in preparation for starting her first term as county commissioner in January.

She sees so much possibility in Saguache County that she can’t wait to be a county commissioner, she said, while naming industries like alternative energy, pasture-fed beef, and agritourism as areas of potential growth.

“We have an opportunity with agritourism because people are so thrilled to have a connection to a farm,” Marron said. “It’s a great opportunity for a very hungry urban population that would love to have a farm stay.”

Saguache County also needs to focus more on business retention, she said, because “we can’t take for granted that businesses are vulnerable. We need to buy local because that money rebounds into our economy.”

Marron, like others interviewed for the story, feels strongly that Saguache County needs to lead from a place of strength and move away from the “poorest county in the state” mentality.

“Even though we’re not known for money in our wallets, we have some of the best natural resources and stewards of the land in Saguache County,” Marron said. “People know how to work with their hands and raise food. Our dark skies and vistas are astounding. And if we don’t tell our story, others will tell it for us.”

Editor’s note: This article is the first in a series of articles the Crestone Eagle will be publishing this year about economic development, alternative agriculture, renewable energy and eco-tourism, among other topics.